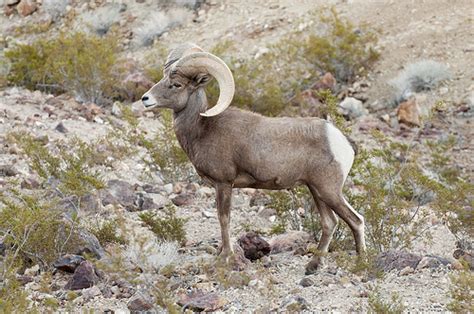 The male bighorn sheep, also known as rams, are known for their large curled horns. They are used as a status symbol and as weapons. The most common reason for this Game of Horns, is mating rights. They will ram into each other, often going 20 miles an hour. They will repeat this to an excruciating extent, going for hours at a time. Luckly, their large skulls prevent serious damage.