Convergent boundaries come together(see picture below). This means that one plate will ram into and go either over or under the other plate. This will form mountains, such as the Himalayas in India, or the Andes in South America.  Convergent faults are not found in the Coachella Valley. 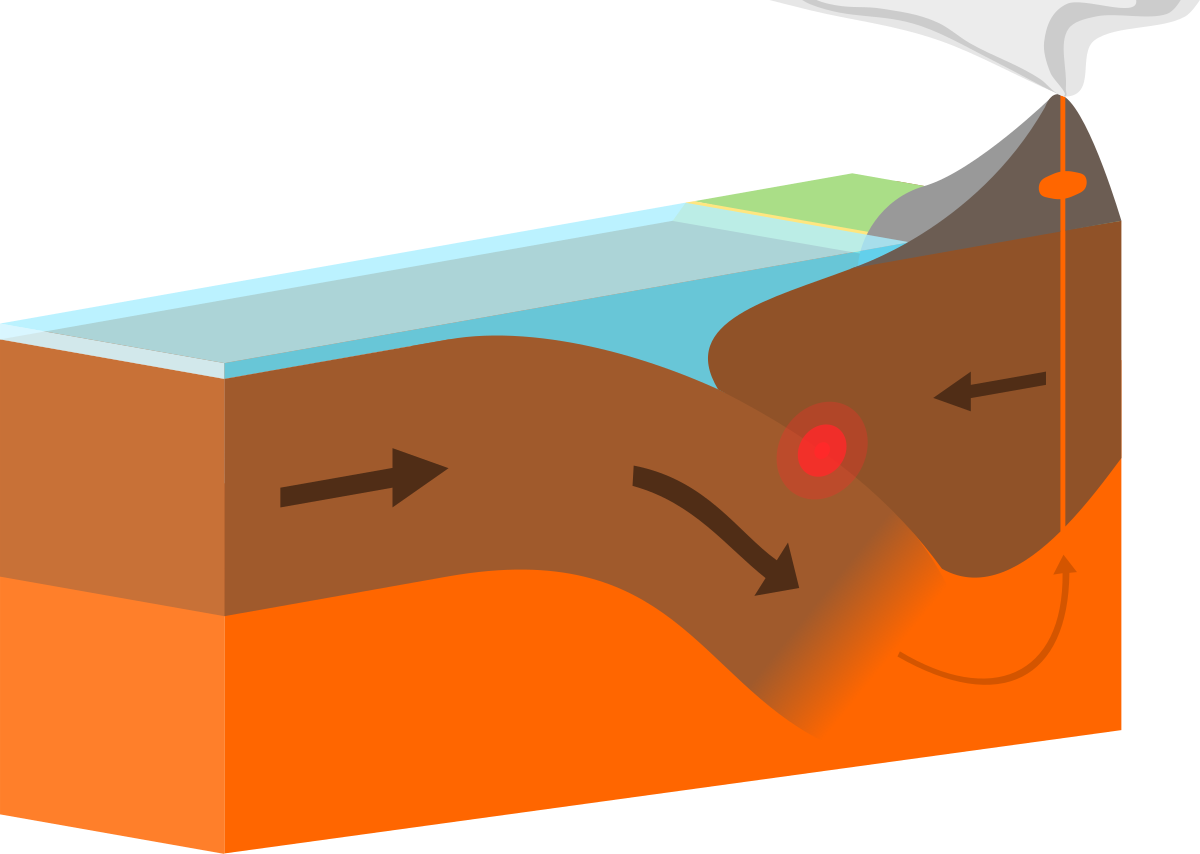